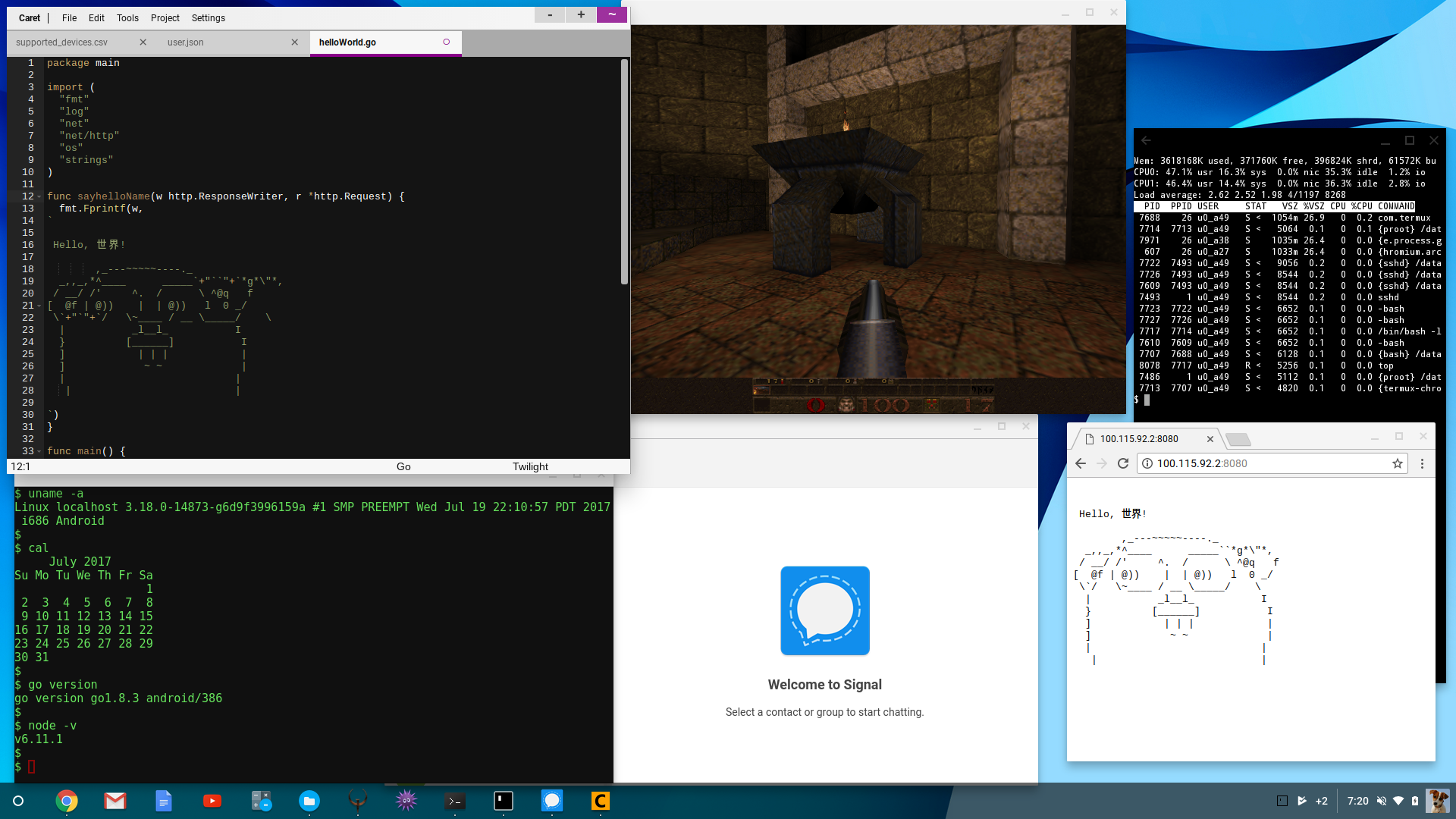 I'll give this a proper update in the coming days, but much of this post is no longer needed. First class support for native VMs and containers have landed in Dev & Canary channels for Chrome OS — including budget models like the Samsung Chromebook 3 discussed below. Full Wayland support, bi-directional copy/paste between guest & host, and VM network passthrough to the Chrome browser supported. The default VM is a full-on Debian 9 build. Some highlights in thread and replies here: https://twitter.com/kennwhite/status/1028505652749062144?s=21

In the last year while talking to respected security-focused engineers & developers, I've come to fully appreciate Google's Chrome OS design. The architecture benefited from a modern view of threat modeling and real-world attacks. For example, Trusted Platform Module (TPM) hardware chips are built into every Chromebook and deeply incorporated into the OS. The design documents go into some detail on the specific protections that TPM provides, particularly around critical encryption functions.

I also learned that Chromebook is the daily driver for many of Google's own senior developers and security engineers. In short, the combination of the underlying Chromebook hardware with the OS architecture makes for a pretty compelling secure development environment.

Fast forward to March. In the past, I'd never given much thought to bringing my notebook with me while on travel — it was just something I did as a matter of course. Now, though, with the changing landscape of airline restrictions and seemingly ad hoc draconian rules for what can and can't be brought on board, I've had to seriously reconsider my routine. There is zero chance I am willing to bag check my beloved Macbook Pro or Purism Librem, especially given carriers' long history of indifference to ground crews playing hacky-sack with luggage. Who can forget United Breaks Guitars? And let's not even get into brazen theft.

The point of this exercise is to retain the hardened posture of the platform and have a flexible, safe development environment without depending on the crutch of privileged access.

It's pretty neat to consider the possibility of pre-travel "power washing" (resetting everything clean to factory settings) on an inexpensive Chromebook and later securely restore over the air once at my destination. Since there is a wide range in Chromebook prices, the engineering challenge here was to find something powerful enough to comfortably use exclusively for several days of coding, writing, and presenting, but also cheap enough that should it get lost/stolen/damaged, I wouldn't lose too much sleep. The threat model here does not include recovery from physical tampering; if the machine were somehow confiscated or otherwise out of my custody, I could treat it as a burner and move on.

After two weeks dogfooding this as my exclusive machine, here's what I came up with. And honestly, I'm pretty happy with the results. But it wasn't easy to get here. Nearly every how-to and blog post I've found on "Chromebooks for developers" essentially starts with either: "Boot into Developer Mode" or "Install Debian/Ubuntu as the main OS". I'll just say it: This is bad advice. It would be akin to recommending that friends jailbreak their shiny new iPhone.

You're obviously free to do as you wish with your own gear, but recognize that at Step 1, you'll have lost most of the core security features of Chromebook, not to mention virtually inviting bad development habits. As far as Debian/Ubuntu (and crouton), that's fine as far as it goes, but then you don't end up with a Chromebook, just a cheap mini-notebook with flaky drivers. The whole point of this exercise is to retain the hardened posture of the platform and have a flexible, safe development environment without depending on the crutch of privileged access.

The finished environment should not:

Google announced a major development in the Chromebook roadmap recently and it seems to have been overlooked by many in the industry: over the past few months, several models have been updated to work with Play Store apps. In theory, this will open the door to many of the 3+ million Android apps. In practice, there's still a fair amount of work to do to "optimize" existing app display layouts and fix other UX quirks. But crucially for our purposes, this opens the way to a killer app called Termux.

The official list of Chromebooks supporting Android apps (and the timeline for those planned in 2017) is here:
https://sites.google.com/a/chromium.org/dev/chromium-os/chrome-os-systems-supporting-android-apps

While never explicitly stated, I take inclusion on this list as a rough proxy for commitment by manufacturers (and Google product engineering) to support these models.

After reading an absurd number of reviews and forum posts, I eventually settled on the Samsung Chromebook 3. It's lightweight (a little over 2 lbs), comes with 4GB RAM and a 16GB solid state drive (expandable via MicroSD to 256GB), and uses a low-power Intel x86-64 dual core N3060 1.6/2.4 GHz processor. Other goodies include USB 2/3 ports, HDMI, 720p webcam, and a water-resistant keyboard.

You would definitely notice the performance boost if you bumped up to 8GB of memory or an m5/i5 CPU, but prices at that tier start at $800 and rise quickly (see note¹ below on Amazon). There's no shortage of high end Chromebooks available, but in my testing of the "serviceable, but won't-cry-if-I-lose-it" category, 4GB of RAM and a non-ARM processor seem to be the sweet spot. If you are tempted to save $40 and opt for the super cheap 2GB models, don't expect to open more than a handful of browser tabs before hitting a tar pit.

The Build: Authentication and Security 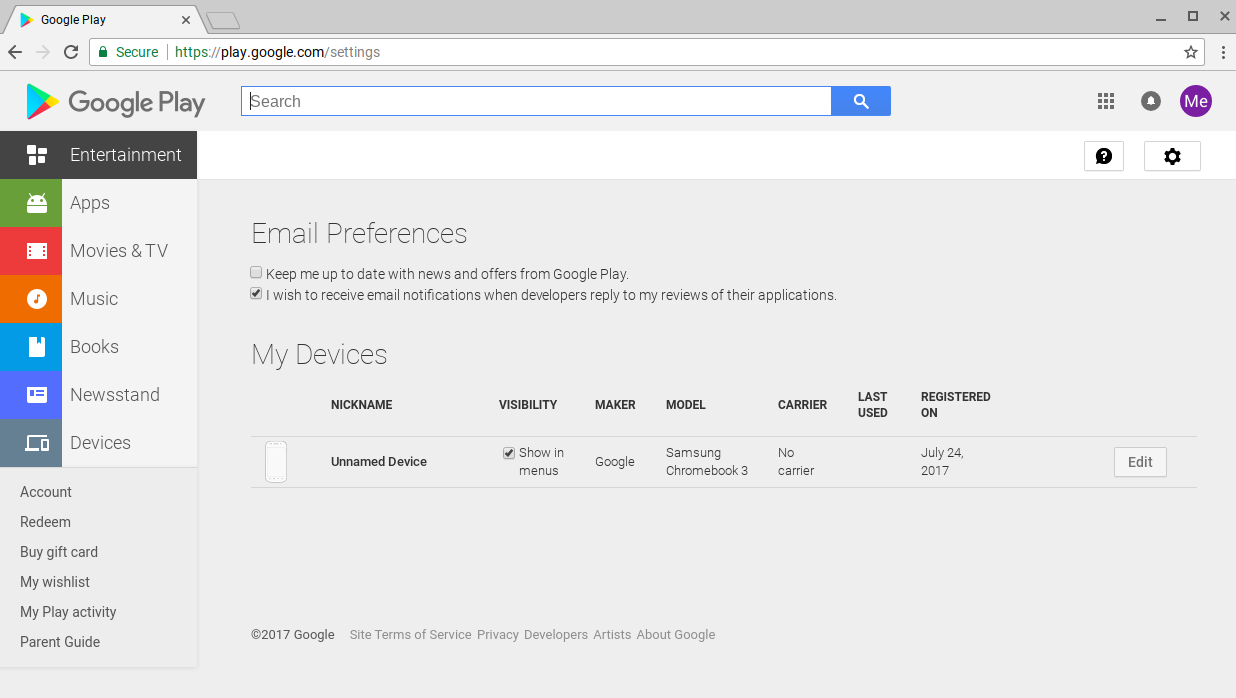 This is the killer app that makes flexible dev shell access possible as an unprivileged user. Termux is a terrific project developed & led by Fredrik Fornwall and has been under active development for the past two years (https://github.com/termux/termux-app). It runs in non-root userspace and provides a chroot-like option to present a conventional linux filesystem. In most respects it feels like a modern Debian-based distro, with the latest i686 stable versions of widely used development & system tools including:

Start up Termux (see Epilog below for customizing) and install base packages :

If Go or Node are your jam:

Invoke chroot environment (do a pgrep -f on chroot to ensure you don't call this multiple times; see Epilog below for setting this to autostart on boot). This is a critical step:

Netflix. Once installed, from Launcher (the O button on the bottom left menu bar) > Netflix > right click > Open in Window > Pin to Shelf. (This, by the way, is very useful for most Chrome web apps) 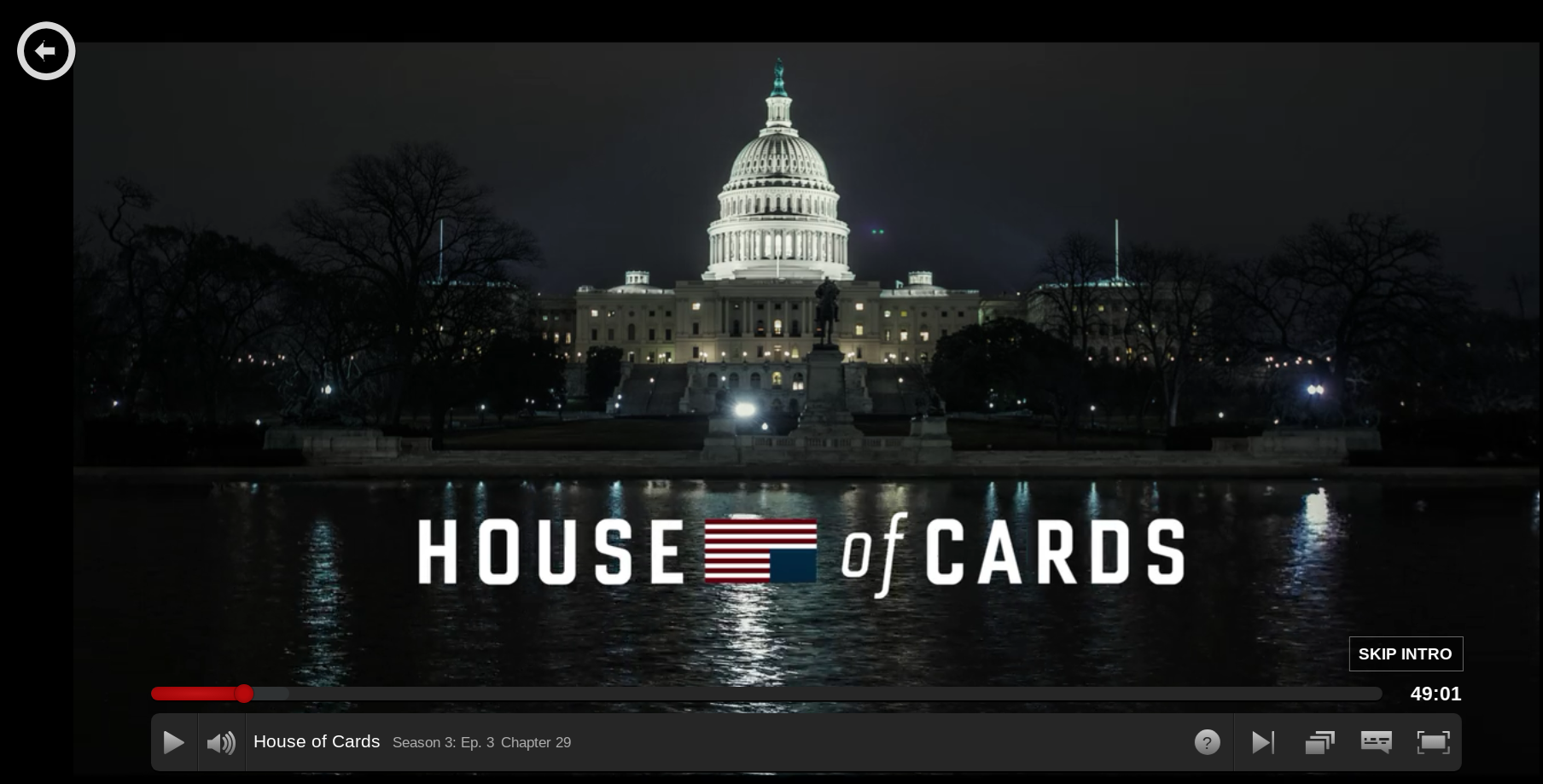 Quake (because why not?) 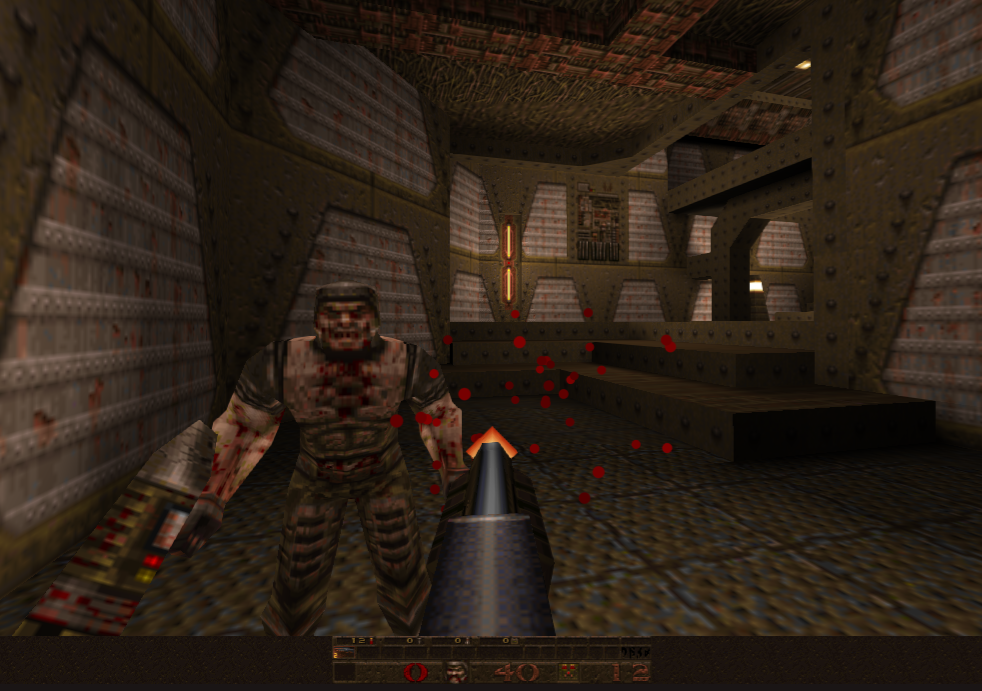 When things get completely borked (which in two weeks of heavy use only happened a couple of times for me), you can kill & restart Termux. There might be a more elegant way to do this, but here's the blunt hammer method:

You will probably want to have chroot & sshd autostart. It's important to call chroot before starting sshd so that new sessions will see the more familiar filesystem layout. Termux-chroot itself is a script which spawns a new shell, so if you call it from a script, the remainder of code won't execute until PRoot exits. There is a Termux:Boot add-on in the works, but in the meantime, here's my simple work around. The logic flow is explained here.

or simply save to an external MicroSD card (the 64GB models are around $25).

That glowing key is your new best friend: 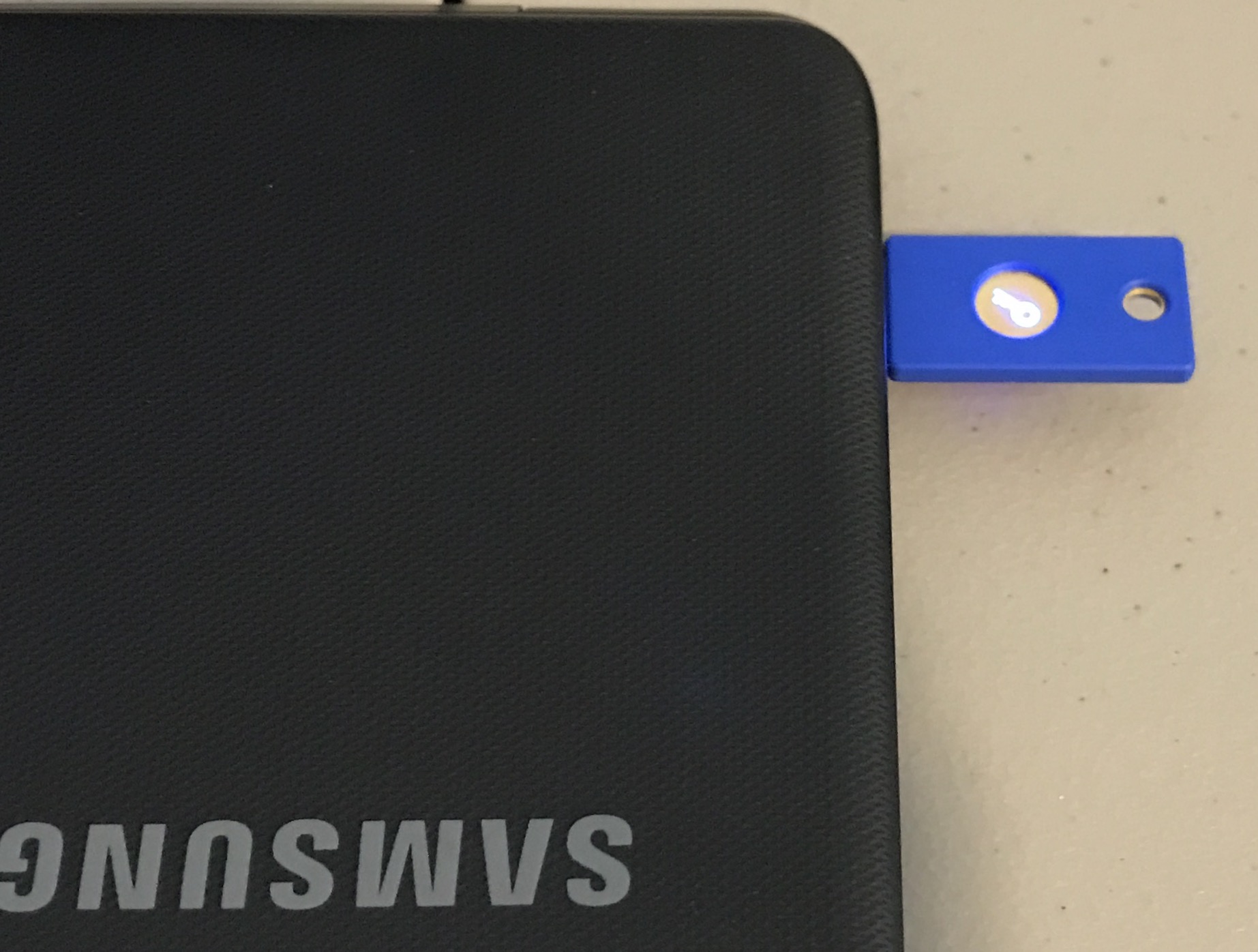 Special thanks to Nick, Jonathan, Joe, Wendy, Filippo, Stephan, Tim, and Rob for reviewing an earlier draft of this post.

¹Disclosure: Be wary of 3rd-party sellers offering "open box" and "refurbished" products. These often have poor (or no) warranties, and typically have higher return rates. Links to Amazon were carefully researched to ensure the items are as listed in the descriptions. I receive a small referral credit from purchases made through this post.